June 1, 2018 Steve Journal, Photography Leave a comment
I’ve been working on this post for about five days now. I should explain why it has taken me so long. You may recall in my last transmission that I categorically stated that beauty is an intrinsic quality of objects and that beauty is everywhere. I received some great comments on that post. Thanks to those of you who took the time to engage me on that topic!
When I wrote that post, I was in the middle of a long-overdue cleanup and back-up of the image files on my computer. In the process of getting my images organized, I had an idea. If indeed beauty is everywhere, then maybe there is some beauty hidden on the hard drive of my computer. My thought was long-forgotten images that I never processed or that I had processed but did a very poor job of it. As it turns out, this process was quite an undertaking. I have images on my computer that go back to 2003 and add up to about 7 or 8 TB of data. That is a lot of data! I feel like I have only scratched the surface.
The process was also unexpectedly enlightening, and one thing quickly became apparent. Almost immediately, I noticed is that my taste in photography has evolved quite considerably. I initially wrote that sentence by saying my taste has “changed,” but “change” isn’t really the right verb. Instead, it is much more accurate to say that my taste has evolved. And, I’m very happy with that evolution! What a beautiful thing! Going back to 2003, the evolution has been substantial, but it has also continued over the last several years. That was all the beauty I needed to find: the fact that I have evolved as a photographer. Which, more importantly, reflects that I have evolved as a person. Which brings me to why I love photography: it catalyzes and continually nurtures my growth as a person. I am convinced that this can work for anyone. If you seek continuous growth as a person, look to some creative outlet for your inspiration. I believe everyone has seeds of creativity just waiting to blossom if they are given the chance. I have chosen photography, but any creative outlet will do.
While looking for hidden images on my computer, I didn’t expect to find “beauty” of this nature. But, I believe it supports my theory that beauty is intrinsic and everywhere! So, here are three images I found on my search. The sunrise images are from a trip to the Canadian Rockies back in 2016. What an awesome trip that was. Lots of beauty! The black and white image is from the Black Rock desert of Nevada in 2010. This is where they have the famous Burning Man festival each year. It was much quieter when I was there. Old camera, old technology, but just as beautiful as anything I create today.
Enjoy the images! 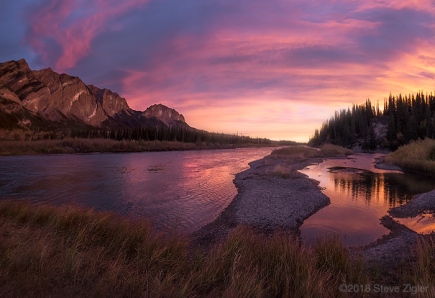 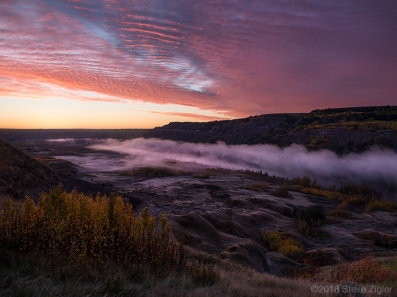