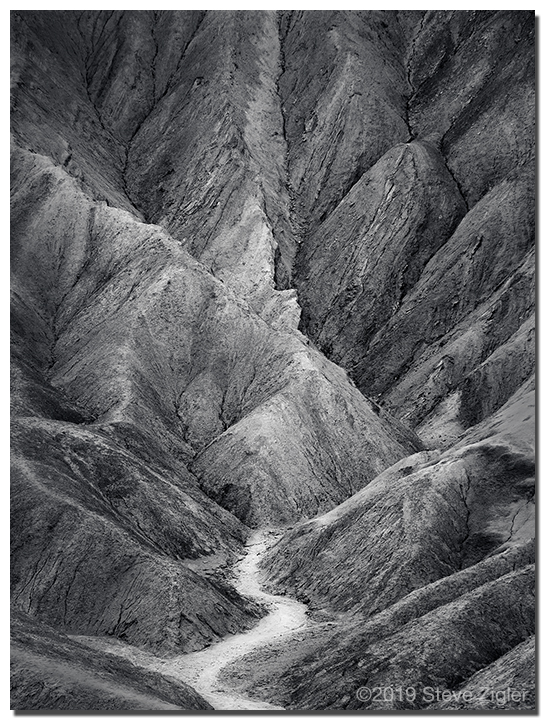 September 20, 2019 Steve News, Photography Leave a comment
I’m very excited. Tomorrow is my big day. The day I tackle the most ambitious photography workshop I’ve ever attempted to lead. I hope I’m ready! I’ve successfully tackled bigger workshops in the past, but those workshops were about positrons, not the creation of personally expressive images. At some level, I’ve been collecting and organizing portions of tomorrow’s program for more than fifteen years. Over that timeframe I figure I’ve participated in almost 50 workshops by about 20 photographers. I’ve also read countless books on photography and the visual arts. I’ve studied topics ranging from retinas to pixels to colors to layers to histograms to paintings to iPads. Geez, if I’m not ready by now, when will I be?
I’ve tried to synthesize a program that is totally unique. I’ve included topics and material that I’ve never seen brought together in one program. I’ve drawn inspiration from every photographer I’ve ever worked with. And even some I’ve never met (most notably, Ansel Adams). I’ve included learnings from the likes of Picasso and Leonardo. See? I told you it was an ambitious program!
Most recently, my inspiration came from the Foto Fest conference that I attended last weekend in western North Carolina. I was particularly impressed by one of the keynote speakers there, a fellow by the name of Marc Adamus. In short, Marc presented some of the most amazing programs I’ve ever seen. I’m not alone in that assessment: just ask any of the other 200 attendees. Marc mesmerized the audience with discussions of his artistic philosophy. He captivated people with his tales of adventure. Most significantly, Marc blew everyone’s minds with his brilliant imagery.
I’ve known Marc for quite a while now. He’s a good friend. But I’ve only seen him standing up to his knees in a river or surrounded by gas stoves filled with pasta, veggies, and sauce. I’ve never seen him on a stage in front of 200 people for four hours. It was remarkable. Looking back on it now, I shouldn’t be surprised because Marc’s middle name is excellence, but he far succeeded my high expectations. So, Marc, thanks for the continued inspiration. I’ll do my best to pass the flame on to 20 others tomorrow morning starting at 9:00 am. I’m ready.
Here are three images from trips I’ve taken over the years with Marc. They don’t compare with his work, but I love them. Enjoy!